Are you complacent or compliant? Learn how you can avoid unexpected code violation costs. Watch the Webinar 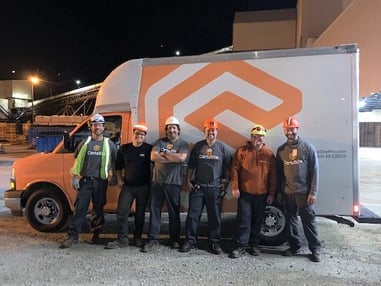 It was 4:45 PM on a Friday–that time of the week when we start to settle down, wrap things up at work, and turn our thoughts to the weekend’s upcoming activities. It was September 11th in northeast Ohio and the weather was perfect for grilling out on the deck, biking, dropping a line in a lake, walks with the family and dog, anything that allowed you to take in some glorious fresh air and sunshine. Almost time to pack it in and head home. Ahhh...the weekend.

And that’s when CertaSite’s phone rang.

A longtime customer of CertaSite’s had experienced a fire on their barge near the ship’s generator. In the process of suppressing and extinguishing the fire, all the CO2 cylinders had been depleted–an unenviable position to be in for any ship, but even more so for this customer because they had a departure scheduled for the upcoming Monday. In order to maintain their schedule and commitments to their customers, power had to be restored, CO2 cylinders refilled, and all systems fully operational prior to disembarking–meaning all of this had to happen over the weekend.

When you’re in the business of fire and life safety and duty calls, you answer because quite literally, lives are at stake. Further, complications with life safety systems can have a negative impact on a business's ability to perform and meet critical objectives. After receiving that call, nine members of the CertaSite team dropped what they were doing, canceled their weekend plans, and with a profound sense of commitment, got to work.

To enhance their fleet, the team quickly procured a rental truck so they could more efficiently remove the empty CO2 cylinders from the barge. In total, there were 17 cylinders weighing in at 300 lbs. each, so not a simple task! Since the generator had been affected in the fire, the ship had no power, so with the aid of headlamps and other alternative lighting sources, CertaSite’s life safety technicians worked alongside the ship’s employees unloading all the cylinders from the ship. This first step of the project wrapped up at 12:30 AM on Saturday. Once all the cylinders had been removed, CertaSite proceeded to refill them on Saturday.

Step 2: Restoring power to the ship

When a fire occurs, the glass covers that protect safety switches break. In order to restore power and operations on the ship before its Monday departure, these covers needed to be replaced. This specific task is outside of the normal scope for CertaSite, but as a partner to this customer, our team was dedicated to doing whatever it took to see this critical repair and restoration project to its completion, even if we had to step outside of the box.

CertaSite life safety technicians placed several phone calls and were able to secure the needed glass covers from a local vendor. Once they had them in hand, our team joined the ship’s technicians in installing the new covers, thus restoring power to the ship.

From 6:00 AM – 9:00 AM on Sunday morning, the CertaSite team reinstalled all 17 of the now-full CO2 cylinders onto the ship. Afterward, the team spent much of the afternoon working with regulating agencies to assure that the ship was safe, secure, and seaworthy. The United States Coast Guard and the American Bureau of Shipping both verified that the ship had been restored to full operations and our customer was given the green light for the next day’s departure.

While this may not have been the sunshiny and carefree weekend that the northeast Ohio CertaSite team had envisioned, we took great satisfaction in partnering with our longtime customer, cheerfully doing whatever it took to get the job done and done well. We couldn’t be prouder of the CertaSite team. They are all shining examples of CertaSite’s values, being passionate, impactful, innovative, and genuine.

The best news is, the ship’s 12-year-old fire suppression system performed exactly as it was designed to, quickly extinguishing the fire and preventing further catastrophic damage. And, once again proving that we’re more than just fire extinguishers, CertaSite performed as a fire and life safety partner should. By immediately responding to our customer’s need and doing whatever it took, for however long it took, we helped get them back to being fully operational, safe, and beyond mere compliance.

In the end, the ship was able to depart on Monday as originally planned–a testament of true teamwork and partnership. Not a bad way to spend a weekend, we’d say. 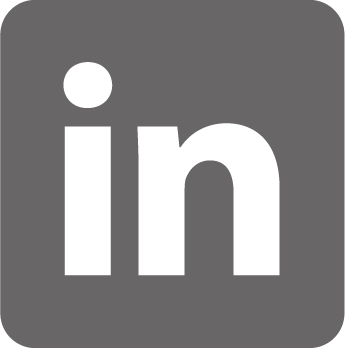