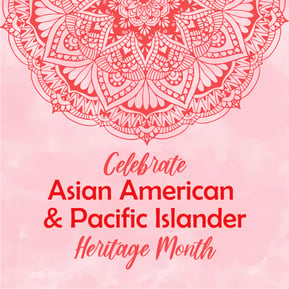 The month of May recognizes and celebrates Asian Americans’ and Pacific Islanders’ historical and cultural contributions to the United States. The term Asian Pacific is somewhat broad, but it actually encompasses all of the Asian continent and the Pacific islands of Melanesia, Micronesia, and Polynesia. Based on the latest census numbers (2019), there are approximately 22.9 million people of Asian or Pacific Islander descent living in the United States.

The origins of Asian American and Pacific Islander (AAPI) Heritage Month began in 1978 after two similar bills the previous year were turned down. In June 1978, Rep. Frank Horton of New York introduced a different bill to Congress proposing the first 10 days of May be recognized as Asian/Pacific American Heritage Week. President Jimmy Carter signed the bill into law in October 1978. In 1990, Congress expanded the observance form a week to a month and in May 1992, Asian/Pacific American Heritage Month was finally here to stay. It wasn’t until 2009 that it was renamed to Asian American and Pacific Islander Heritage Month.

May was chosen as the commemorative month to honor and recognize two monumental milestones:

Making Their Mark in Fire Safety 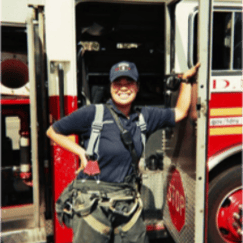 One person making great strides within the industry is Sarinya Srisakul, the first and only female, Asian American firefighter in the FDNY. Sarinya, hailing from Thailand, began serving NYC as a firefighter in 2005. She also is the first Asian

American women to hold the position of FDNY Lieutenant for the North Queens area. As a dedicated servant in the fire protection industry, Sarinya continues advocating for social justice and gender equality within the FDNY and industry. She formerly served as president of the United Women Firefighters and is continually working on recruiting women to join the FDNY.

Another firefighter contributing to the diversity of the industry is Orange County Fire Rescue Department paramedic Joshua Ritter. Joshua, whose mother is Korean, has been a firefighter for more than 15 years and discovered that third- and fourth-generation Asian Americans were more open to choosing firefighting and public service than medicine. With this knowledge, he decided to start spreading the word about the benefits of being a firefighter or paramedic. Through community outreach, Joshua currently recruits and training new fire recruits during a 10-week orientation program. The goal is to build a diverse department reflected of the Orange County, Florida community. 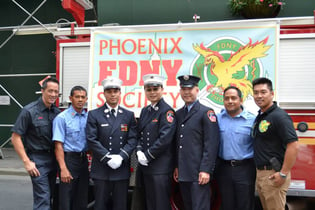 We’ve highlighted two individuals making their mark in the industry, but The FDNY Phoenix Society is making strides as a cultural bridge organization between the FDNY and the Asian communities in NYC. The objective of the FDNY Phoenix Society “is to be united in the effort of promoting the interests and welfare of New York City Fire Department (NYFD) personnel who are Asians, Asian Americans or those of Asian descent.” By a host of events throughout the city, the FDNY Phoenix Society educates the public, networks, and promotes industry careers.

Asian American and Pacific Islander Heritage Month is a time to reflect on the contributions made and honor those before our time. Each year there is a theme and this year’s theme is Advancing Leaders Through Collaboration. There’s no better time than now to collaborate, educate, and encourage a diverse workforce within the fire protection and safety industry. While the Asian American and Pacific Islander representation in fire protection is slim compared to other ethnicities, they are a growing force and one we expect to see continue to climb.